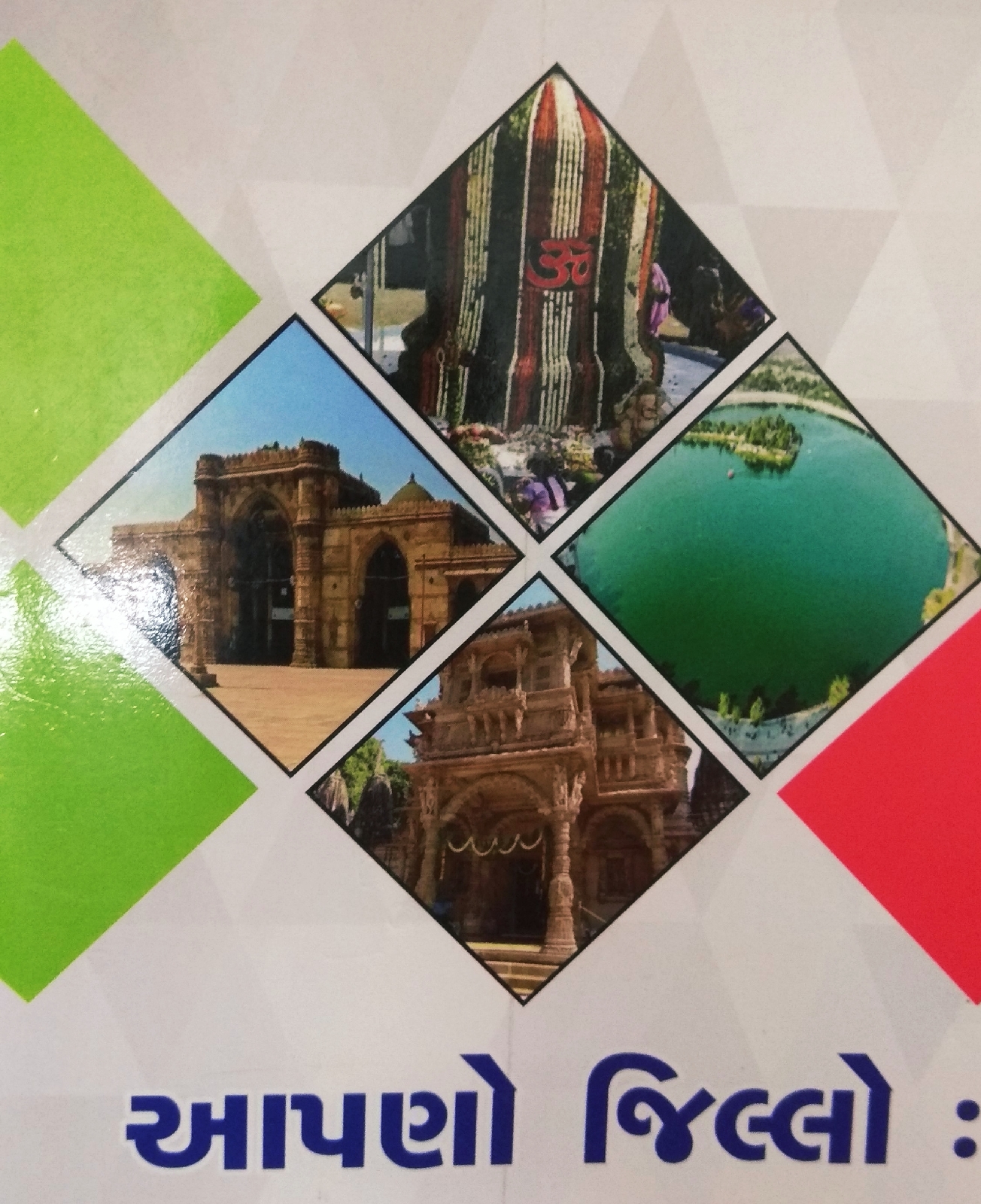 >  Among them, the children covered various issues of their district such as folklore, including local reference literature.
> This is to get acquainted with the sights, fairs, folk songs and celebrities of the district.

> A reference booklet has been prepared. Ahmedabad district is the heart of the state and Ahmedabad city is the breath of the district.  Ahmedabad
The city is one of the fastest growing cities in the world today.  Keep pace with the changing times.
> Is going.  In which the physical facilities of the people as well as the standard of living are changing.  Population Is growing.  People from the surrounding areas are also trying to stay in Ahmedabad.  At such times From 8th standard for children to know and understand about Ahmedabad city and its glorious history and culture Local literature has been given a place in the changed curriculum in 9th.
>  Today people have knowledge of the country and the world.  Which is obtained through various sources.  But which It is not appropriate for the student to have knowledge of the village and his district, therefore
District for students to get information of their village, taluka and district
> This booklet is published by Shikshan and Talim Bhavan Ahmedabad City and Rural. We hope that this booklet will be used by the primary school children of the district Curry District Legends, Sights, Fairs, Folk Songs and Famous Celebrities of the District
>  Its usefulness will be meaningful if it acquires knowledge and information on such topics. The best booklets are prepared by the survey authors and writing-compilers attached to this booklet writing work Thanks to the district's primary school writer-teacher friends who have worked hard to do.
Sourec- Principal
Diet - Ahmedabad (rural-city)